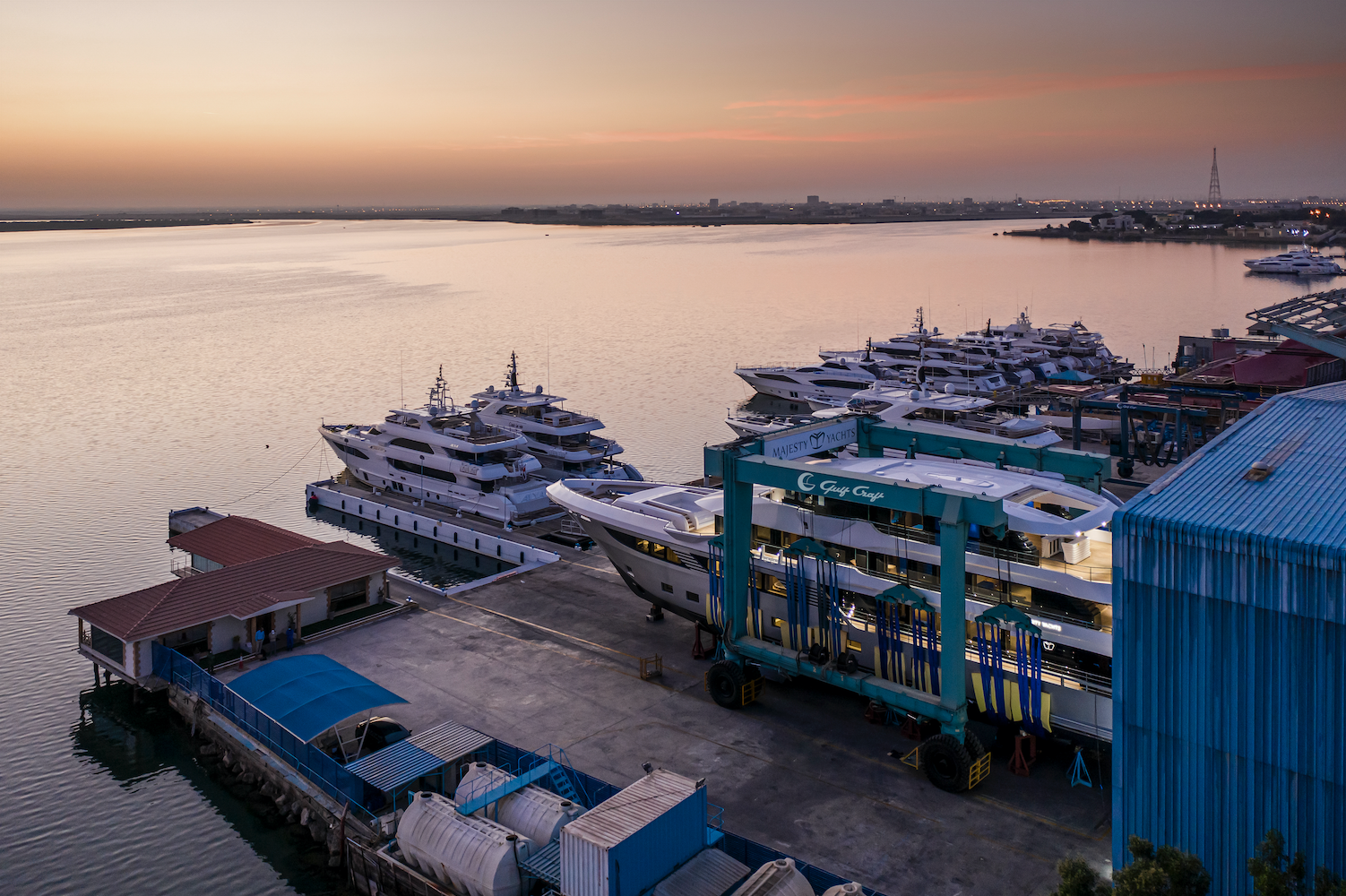 •    With 71 new boat orders recorded, Gulf Craft has delivered 32 already including a Majesty 120 and Majesty 100 •    Highlights of the first half of the year include strengthening partnerships in the region and expanding reach in the US and Europe

UAE; August 9, 2021: Gulf Craft, one of the world’s popular shipbuilders, listed a robust 42% growth in the value of its global order book during the first half of the year (January to June 2021) compared to the full year of 2020. The fully integrated boat and yacht manufacturer has secured 71 confirmed orders for its range of boats and superyachts in H1 2021 with 32 delivered to customers from around the world already.   Gulf Craft’s global expansion has been consistent to take shape over the last six months with an additional twelve countries around the world representing the extensive product range.  There has been a significant push into Europe in 2021 with distribution channels set up in many key territories including, Germany, Spain, the Netherlands, Portugal, as well as regions in Australia.

The company has also enhanced its foothold in the Maldives, one of their strategic international territories, with the declaration of the development of a new factory and is committed to double the size of their operations within 16 months. In the first half of the 2021 Gulf Craft was awarded the contract with Maldives Transport and Contracting Company (MTCC) to manufacture vessels for the Integrated National Public Ferry Network which focuses to establish an efficient transport system to all administrative islands of the Maldives.

The highlight of the half-year was the formal unveiling of the Majesty 175, the world’s largest composite production superyacht, due to be handed over to her owner later this summer. The company also marked the delivery of another Majesty 100, one of their best-selling models that has received acclaim globally for its innovative design, powerful performance, and massive interior volume.  The Majesty 120, which was launched last summer was also delivered, with 2 additional hulls already in production.  All Gulf Craft’s products are built at their in-house production facility in the United Arab Emirates. 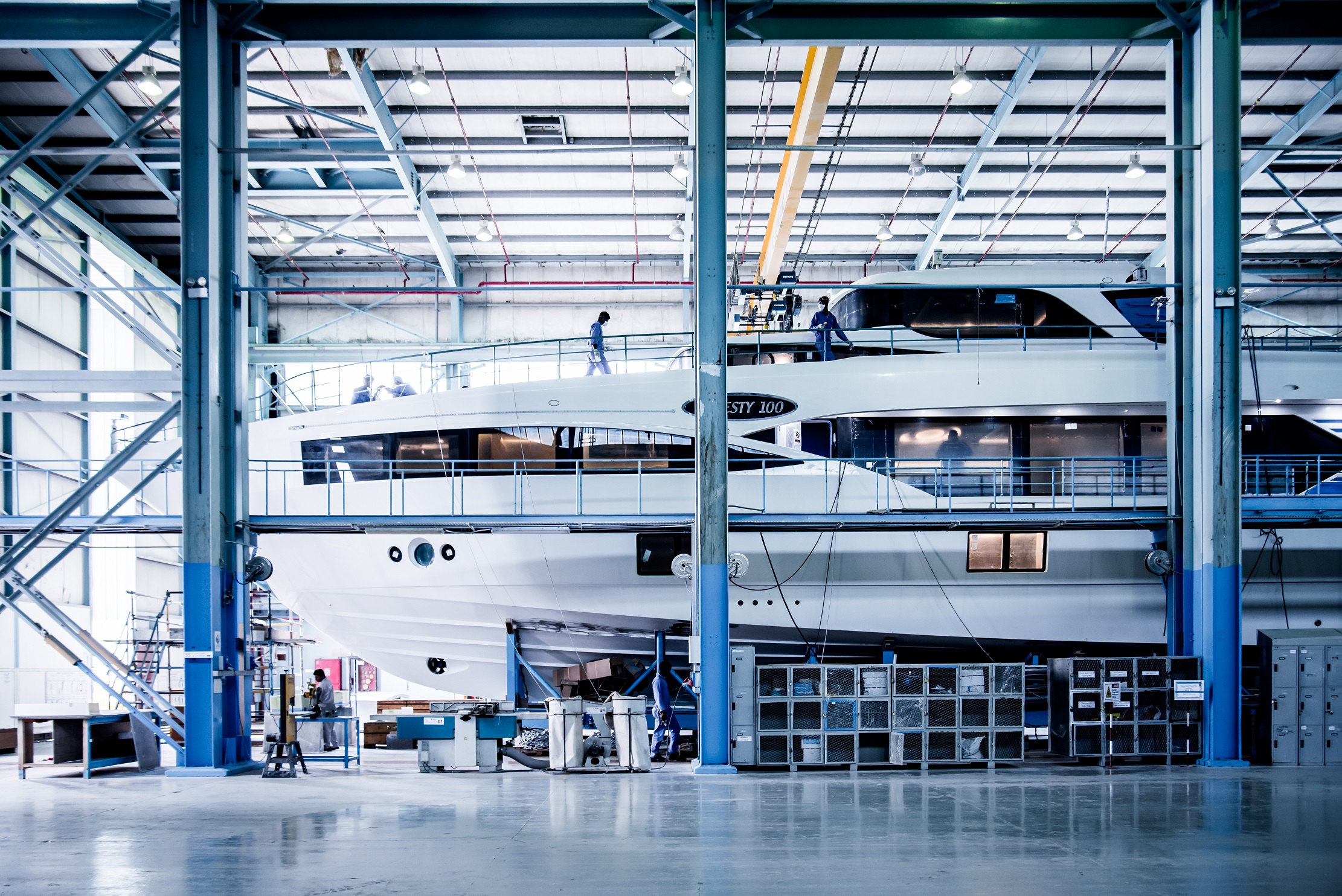 Moreover strengthening its presence in their home-market of Dubai, Gulf Craft announced a strategic partnership with P&O Marinas, DP World’s collection of world-class luxury marinas and picturesque harbors, to open its dedicated Sales Center at Mina Rashid Marina, the home port for many of Dubai’s superyachts.  The initiative will include a design studio, sales center, as well as a full team of after sales technicians to offer optimum support to the yachts in the marina.

“While the pandemic had an impact on the boating sector, we remained committed to honoring our delivery schedules and innovating on design and production at our fully integrated production facility in the UAE. We continued to build on an opportunity basis throughout 2020 which put us in strong position in 2021 when we saw an increased demand particularly on yachts ready for immediate delivery. We’ve recorded significant growth for all our five brands that meet the aspirations of seasoned marine explorers, families, and adventurers.”  said Gulf Craft Chairman Mohammed Alshaali

“The strong performance in the first half of this year reflects the growing appeal of Gulf Craft’s vessels among boaters from across the world, who appreciate our exceptional craftsmanship and attention to detail. We have seen demand increase exponentially across all our five brands – from entry-level family boats to luxury superyachts, with customers from the GCC region, the US, Europe, and Australia. Our expanded dealer network and stronger partnerships in the UAE will drive our continued growth through the rest of the year and beyond. We are firmly on track to become one of the world’s Top 5 shipbuilders by 2025.” added Gulf Craft CEO Talal Nasralla. 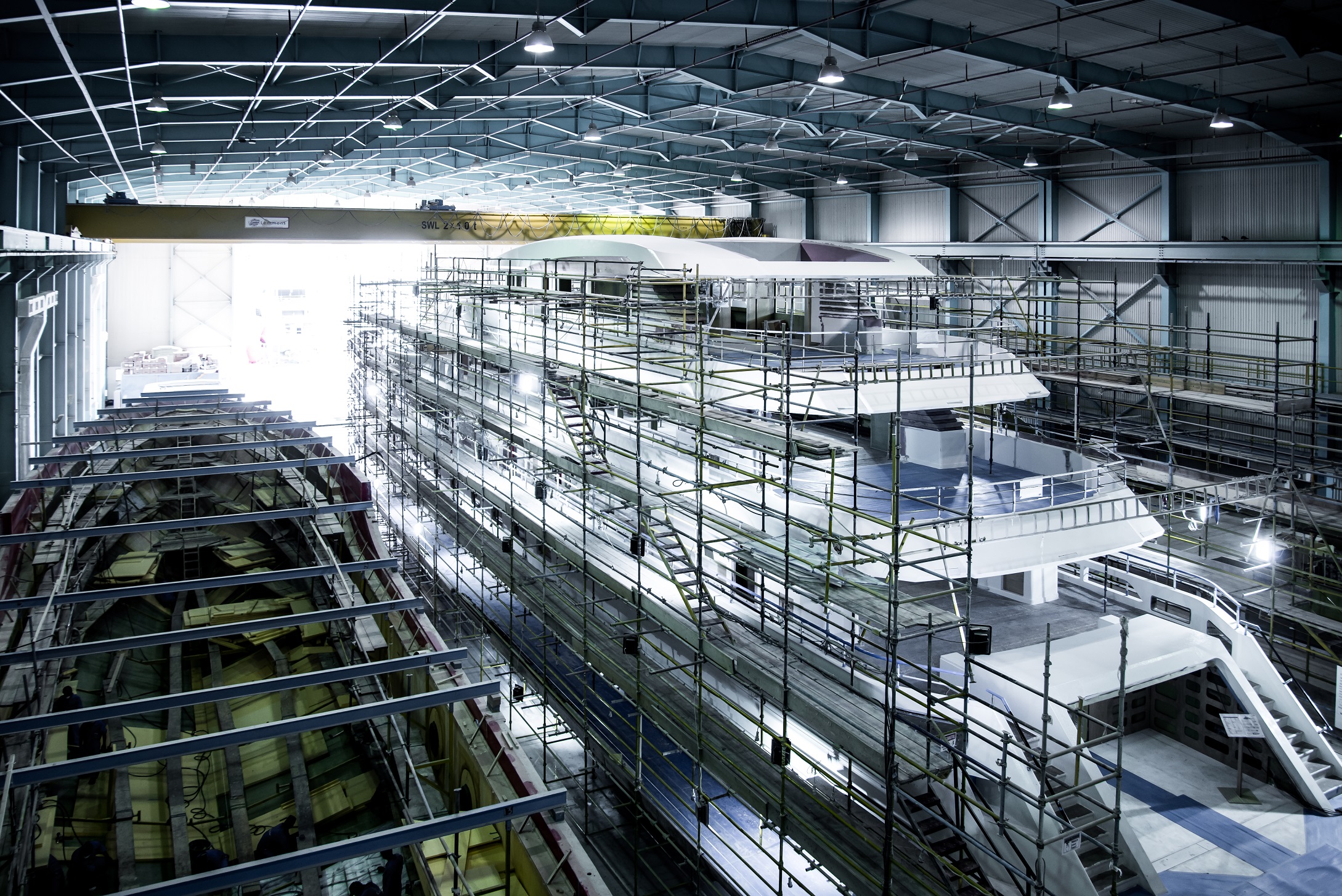 The Majesty 175 Built to the specifications outlined by the UK’s Maritime and Coastguard Agency (MCA) for yachts over 500 gross tonnage (GT), the Majesty 175 has a gross tonnage of 780, making her the largest in the Majesty fleet to date. She was fully manufactured by Gulf Craft at its production facility in Umm Al Quwain. Her exterior and interior design were penned by the award-winning Cristiano Gatto Design Studio in Italy while the naval architecture is by Massimo Gregori of the Yankee Delta Studio. The Majesty 175 can effortlessly cruise low-draft areas, drawing just 2.05 metres of water, enabling close beach access due to the groundbreaking engineering and use of composite materials, lightweight yet sturdy carbon fibre and vinyl ester resin.

The Majesty 120 A luxury superyacht under Gulf Craft’s flagship ‘Majesty’ brand, the Majesty 120, also produced this year, is a nearly 37 metres long composite superyacht with a beam of 8.1 metres and stands out for its unique design and naval architecture by Gulf Craft’s in-house team. She has a spacious sundeck, 30 percent more volume than other yachts in her class. The superyacht boasts 2 – VIP cabins and can accommodate guests in her large staterooms that are designed asymmetrically – a design innovation that creates room for a lower deck seating area and marking another first in its design approach.

The Majesty 100 Delivered this year, Hull 10 of the Majesty 100 was designed to the specifications of the owner. With an magnificient exterior and interior design, she has ample onboard space as well as a sky lounge on the upper deck which provides spectacular views of the sea. Made of fiber-reinforced polymer (FRP), making her lightweight at 199 Gross Tons, the 31.7 meters (104 ft) Majesty 100 is powered by twin MAN 1,900 horsepower engines reaching a top speed of 20 knots. With a displacement of about 132 tonnes, the draft of just 1.65 meters (5 ft 5 in), enables easy cruising in shallow waters. 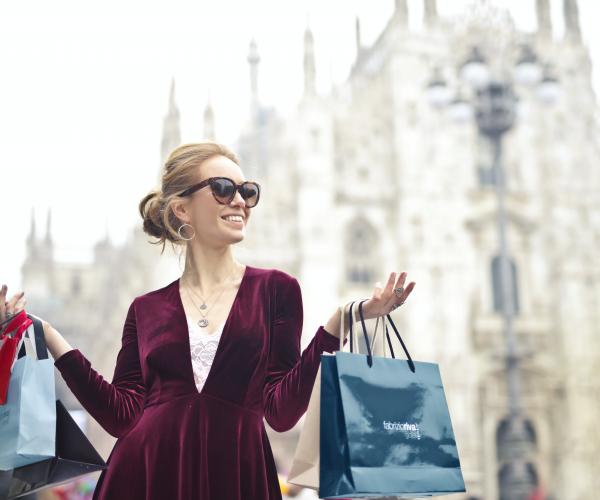 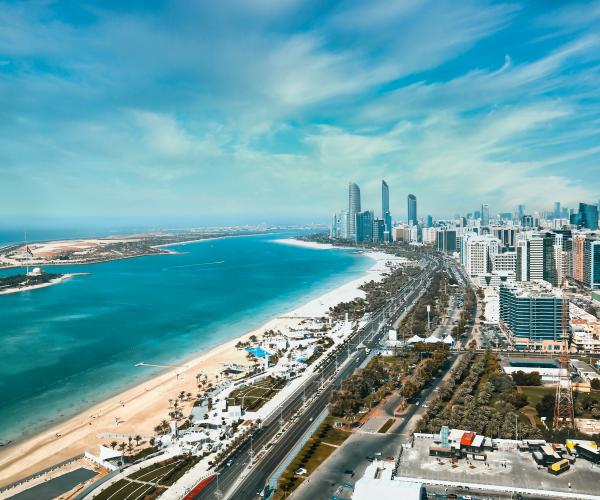 How to Make the Most Out of Your Hotel Stay in Abu Dhabi: 8 Tips and Tricks 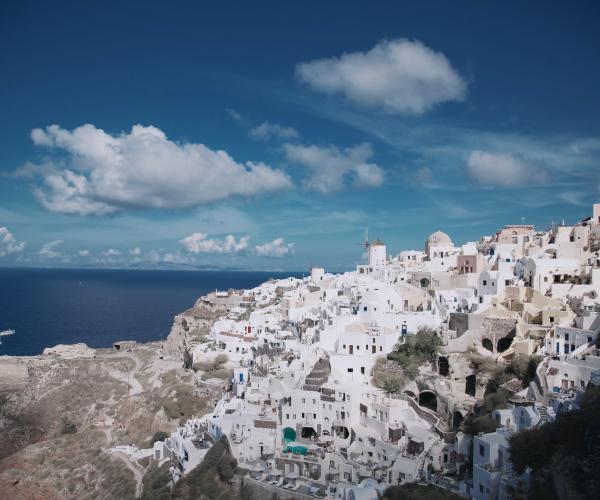 How to Become a Permanent Resident in a Foreign Country 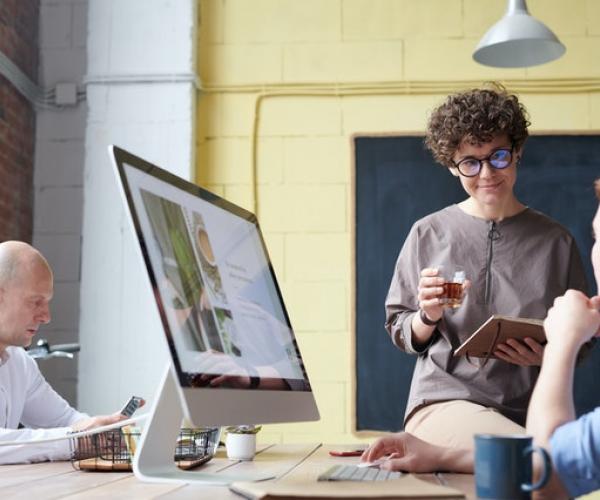 The Developing Text Message is a Business Opportunity 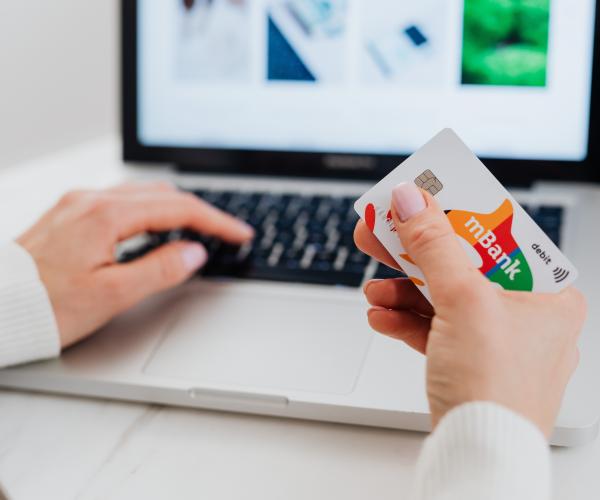 FAQs When Buying Spirits Online in the UAE 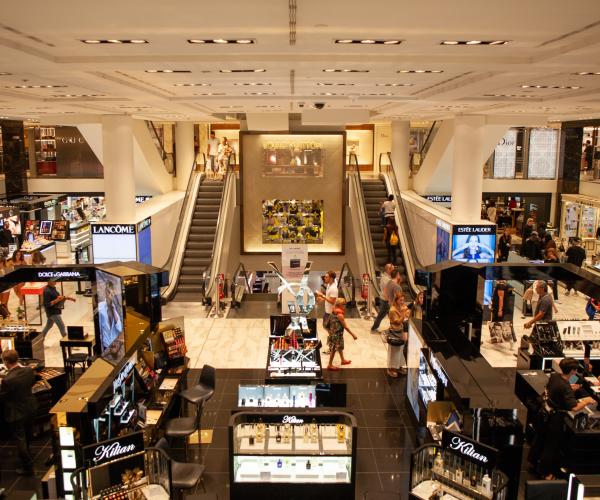 Why Should You Choose an AI-Driven Footfall Counting System?

When people encounter custom-made clothing, some may think that they involve many extra steps to make,…

How to Make the Most Out of Your Hotel Stay in Abu Dhabi: 8

Whenever people travel out of town or overseas, hotels serve as their second home. This is the primary…

How to Become a Permanent Resident in a Foreign Country

People leave their home country for many reasons — for better opportunities, better living conditions, to…

The Developing Text Message is a Business Opportunity

The City of Dubai is changing and developing, and although there has been talk for a while of a tech…

FAQs When Buying Spirits Online in the UAE

The United Arab Emirates loves to party. There are many places to get a drink in Dubai, Abu Dhabi, and…

Why Should You Choose an AI-Driven Footfall Counting System?

In retail, footfall counting is people counting. It measures how many people enter your store daily or…

Life in Dubai Festival City: What You Need to Know

Dubai is one of the world’s most economically stable and business-friendly cities. It is also a great…

Why You Should Always Invest In Travel Insurance Before Your Trip

When you are planning a trip to another country, you have a lot of things that you need to organise…